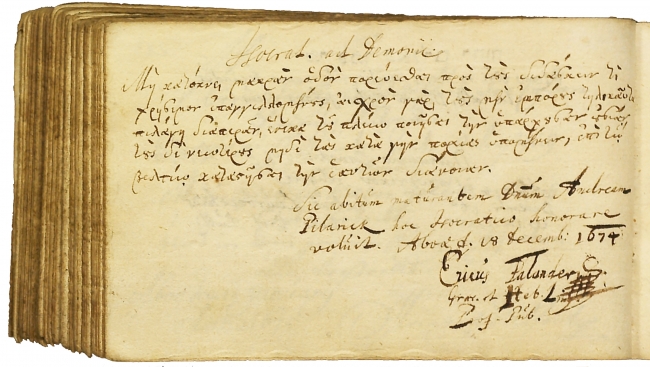 Since the Renaissance, the learned of the Western world have studied Ancient Greek and actively used it to write poems and longer texts in Greek. This use of the Greek language by scholars in the humanities, so-called “Humanist Greek”, has been scarcely researched and apart from a few isolated cases, the texts are barely known. This exhibition presents some of the texts written in Finland within the Royal Academy of Turku (1640–1826), and sheds light on the background of writing in Greek and the appreciation of ancient culture.