Date published
3.1.2017
The most prominent literature project for Finland’s centennial is Kirjojen Suomi, "Finland through Books", organised by the Finnish Broadcasting Company. The National Library has digitised the books available in the open online library throughout the centennial year. The National Library’s project Our Century Online challenges all Finns to participate in the effort to collect material on Finnish history in digital form to be archived on the internet. 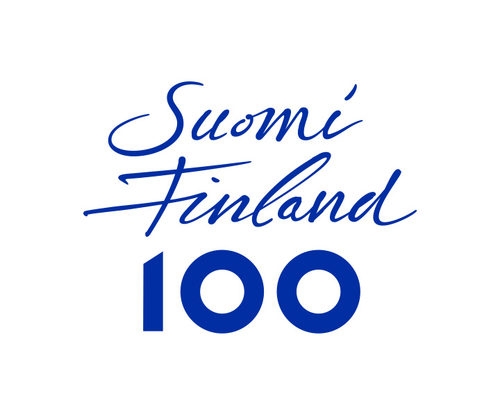 Finland through Books – Experiences through reading

The National Library is a committed participant in the Finnish Broadcasting Company’s Kirjojen Suomi programme, which presents 101 books from the years of Finnish independence. The National Library was in charge of digitising these books, and the open online library was launched for the public on 3 January. The books will be available for readers through 2017, and they will be extensively covered by television and radio programmes as well as online features. The National Library has also coordinated the cooperation with the copyright organisations Sanasto and Kopiosto as well as publishing houses. The books in the Kirjojen Suomi online library are distributed by Ellibs Ltd. Follow and read along on social media with the hashtag #kirjojensuomi.

To celebrate Finland’s centennial, the National Library is releasing a collection of Finnish history in digital format. New digital resources in the online library include printed publications relating to Finland’s independence and the civil war between 1917 and 1918, Finnish and Swedish literature, early children's literature and maps of Finland.

While the foundation of this digital collection has been built up over several years with both public and private funding, the process is slow and expensive. The Our Century Online campaign lets the public lend a hand in this digitisation effort. The President of the Republic of Finland and his spouse are patrons of this project, and sponsors include the Ministry for Education and Culture, Suomi Mutual, the Finnish Literature Association of Vyborg, Marttaliitto, Marthaförbundet, the Sotavahinkosäätiö foundation as well as the faithful friends of the National Library of Finland, old and new donors and the holders of the named funds in our Cultural Heritage Fund.

Participate in the campaign
Browse the resources

Exhibitions during the centennial of Finnish independence

The world is a word – The history of the Finnish aphorism. Rotunda, National Library of Finland, 16 February – 31 December 2017.
This exhibition highlights the history of Finnish aphorisms from the 18th century to the present day. Finland has a vibrant tradition of sayings, and the aphorism has always been a prominent genre of literature in our country. Authors such as Juhani Siljo, Edith Södergran, V. A. Koskenniemi, Erkki Melartin, Maria Jotuni, Mirkka Rekola, Paavo Haavikko, Erno Paasilinna, Helena Anhava and Markku Envall have all written aphorisms.