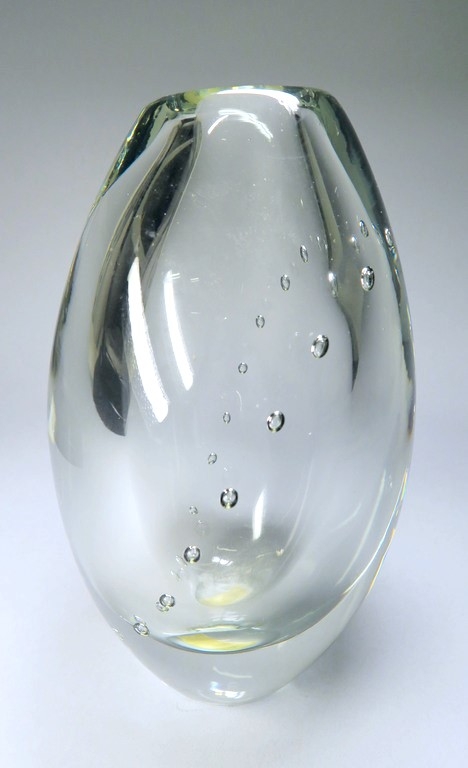 Surprising, familiar but strange, and touching at some points. The material packages of the Finna Classroom service offer inspiration and new perspectives to teachers and everyone interested in learning new things. The new material packages focus on design, the Olympic Games held in Helsinki and changes in travel, for example.

With the help of the material packages, it is also possible to take advantage of the expertise and knowhow of museums on the internet. The material package Gunnel Nyman – From a sketch to a glass object of the Design Museum studies glass art, which has become popular again. Gunnel Nyman’s recently launched designer archive sheds light on the creative process of the internationally renowned designer by comparing her sketches and ready objects.

“Gunnel Nyman’s working method can be clearly seen in the collection of sketches. I was surprised to see how much ready objects differ from the original sketches. The design process starts with small sketches which are further developed in several directions. Even the material may change during the design process,” says Susanna Thiel, chief curator at the Design Museum.

Finna’s basic idea of keeping the materials of different players in one place is also followed with regard to the material package. The sketches of the objects belong to the collections of the Design Museum and ready objects belong to the collections of other museums. By clicking “Note” on a sketch, the user will have access to more information and a link to the ready object.

Experience history and cultural heritage with the help of the new material packages:

Gunnel Nyman – From a sketch to a glass object

Gunnel Nyman was a designer dedicated to her work. Her glass objects often received their final form when working with a glassblower. The designer who worked for Iittala for many years, for example, was interested in flaws and the moment when molten glass mass thickens and the light forms different kinds of reflections on the glass. It is possible to study the glass objects made based on the sketches by selecting the notes in the material package.

Edith Södergran is Finland’s internationally best-known poet. The free verse poems and their radical content made her one of the earliest and most significant modernists in the Nordic countries. Svenska litteratursällskapet i Finland’s material package concentrates on the poet’s life, work and living surroundings. In addition to poetry, the material package studies multilingualism, education and the effects of the development of medicine and society on people’s lives.

The Olympic Games in Helsinki in 1952

The objects of the Sports Museum take you to the Olympic Games held in Helsinki in 1952. At that time, Finland had a unique opportunity to show that it was a western country and to present itself as an impartial meeting point in the world divided by the Cold War. Every item included in the material package describes a phenomenon linked to the games and the era. For example, Finnish people were educated to promote good manners, and the material package includes a brochure that the VR railway company gave to its customers. The brochure encouraged people to be neat, calm and helpful.

Life on a manor in the 20th century

For a century, the Håkansböle manor was owned by the same Sanmark family. Numerous photographs and items depicting the lives of the Sanmark family and the staff of the manor have lasted until our days. The material package makes it possible to study the changes that took place at the beginning of the 20th century and the crumbling of class society from the perspective of a family. The Håkansböle manor in Vantaa is a nationally valuable built cultural environment. The package collected by the Vantaa City Museum can be used when teaching primary and lower secondary school students.

In the streets of an industrialising city

Starting from the 1870s, Helsinki began to industrialise and develop into a European metropole, and people started to migrate from the countryside to cities. New professions emerged due to industrialisation, and women began to enter the working life. The package In the streets of an industrialising city of the Helsinki City Museum sheds light on the effects of the development of the city and the changes in the living environment with the help of photographs taken during the period. The package is useful when teaching history, geography and social studies, for example.

Many people like to read a newspaper in the morning, either by browsing a digital newspaper on the screen of a smart device or by leafing through a traditional newspaper at a breakfast table. Newspapers include many stories about the environment and society in which they are produced. They show us what the language, culture and vision of the world were like in the period in question, as well as describe historical events. The material package of the National Library includes newspaper articles and ready tasks that can be used when teaching history and Finnish, for example.

The material was collected during the Digital Open Memory project, which was funded by the European Union Regional Development Fund and its Leverage from the EU 2014–2020 programme.

Pandemics, climate change and promoting sustainable development force us to pay more attention to travelling. By understanding how people used to travel, it is easier to study future alternatives. The material package of Forum Marinum, the Aviation Museum and the Finnish Railway Museum leads us to the travels they made in the 20th century. The package enables multidisciplinary learning, and it studies different phenomena related to travel interestingly.

The material package of Kansan Arkisto focuses on the election posters of the Finnish People’s Democratic League (SKDL) from the 1940s and 1950s. The posters reveal information about the politics of the party, Finnish society after the wars, the rise of a new party among workers, as well as visual and verbal expression of the extreme left. The posters are good material for history lessons, and their imagery can also be studied in arts.