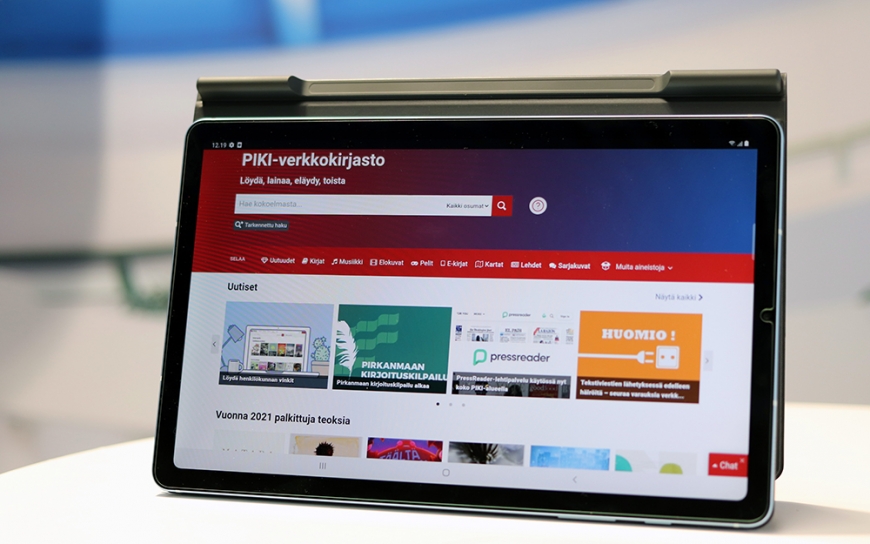 The significance of Finna’s services in the Finnish field of culture and education became even greater earlier in the year. One significant change is the new online library of the PIKI libraries of the Pirkanmaa region, which will bring Finna into the daily lives of the region’s residents.

The new online library of the PIKI libraries was officially adopted on 1 February 2022. According to IT Manager Ismo Raitanen, who ran the project, the new PIKI online library has been inspired by book shops and e-book services.

“We wanted an online library where people could make chance finds, in the same way they might while browsing the shelves at a bricks-and-mortar library. The new online library is also mobile friendly. This is necessary, as more than half of the use of Finna’s online libraries occurs on mobile devices.”

Since Finna is a national service, it provides several synergies. For example, it is possible to search for openly available digital resources from other Finna organisations through the PIKI online library.

Ismo Raitanen explains that in choosing an online library, another of Finna’s attractive features was that it provides the opportunity for co-creation and engagement with the system.

“New online library projects always provide ideas which can be used to further develop Finna, and which benefit all its users. For example, in Tampere there are many people with music library expertise, and they have given us ideas on how to improve our music search function,” says Serafia Kari, Finna’s public library coordinator.

The Vanamo and Ratamo libraries also opened their own Finna online libraries in January. Ratamo serves the people of eight municipalities in the Kanta-Häme region, and Vanamo in Hämeenlinna, Janakkala and Hattula.

The Finna online library is free for public libraries. Its ease of use and uniform design are aimed at providing users with easy a access to the information they are looking for, whether it is found in their local library or in that of the neighbouring municipality.

Finna is the most popular online library platform for public libraries in Finland. Finna is used by also several specialist and university libraries, meaning that a significant percentage of Finnish library customers are on Finna. For a list of organisations which use Finna, see Finna.fi. The National Library of Finland is the developer and administrator of the service.

The new online libraries are available at: