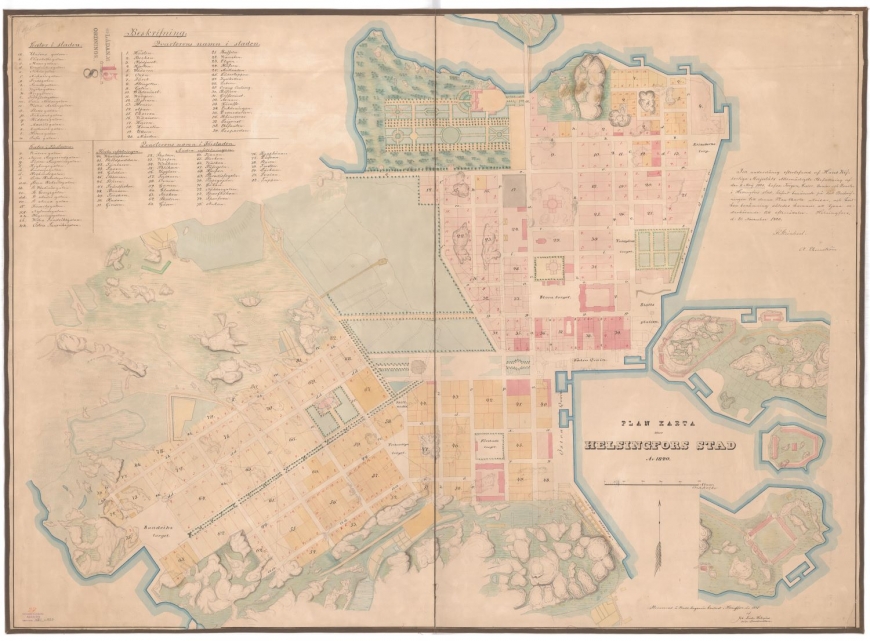 The materials in the City Archives of the City of Helsinki will be more easily accessible through the open Finna.fi service. The sheer number of entries alone makes this significant for everyone interested in the history of the city – as well as the history that might have been.

The City Archives of the City of Helsinki comprise one of the largest central archives in Finland. Its collections go as far back as the 18th century and cover about 18 shelf kilometres of various types of material. Some of the resources have been digitised and are directly available through Finna. This means that Finna now includes both digital resources and information on resources which are not digitally available. Among the digitised materials are 20,000 drawings and 10,000 maps.

“We wanted to bring the City Archives to Finna, since it is a one-stop-shop that makes our resources available to an increasing number of people. The digitisation efforts continue, which will provide more materials to Finna,” says Panu Haavisto, who works in the city archives as a specialist researcher.

The future that never was

Haavisto’s favourite resources are the historical maps in the City Archives. Finna currently has more than 6,000 impressive maps depicting Helsinki and its surroundings. These maps span from 1700 to 1950.

Other significant digitised resources include the old architectural plans from the former city engineer’s office and the City Magistrate. These contain hand-coloured construction plans from the turn of the 20th century. The archives of the city’s parks department hold hundreds of beautifully detailed park plans.

“The committee reports from the city government from 1875 to 1982 are also interesting. Often when the city has constructed something, such as a bridge or a hospital, a committee plan has been drafted to support the decision-making. It’s interesting to look through the suggestions, particularly those that were not approved,” Haavisto explains.

Other digitised resources on Finna include the annual statistical publications of the City of Helsinki from 1905–2019, court records from the Helsinki city court from 1813–1860 and estate inventories from 1809–1880.

All public material in the City Archives is covered by the CC BY 4.0 licence, allowing free use of resources for a variety of scholarly and artistic purposes as long as the resource is cited.